The patent foramen ovale (PFO) is an anatomic structure that exists in 20% to 30% of the population, in the septum that divides the right and left atria. After the birth, there is usually a full separation of the right and left cardiac cavities. This opening (a small tunnel) is necessary during the intrauterine phase to mix the blood in the fetus. It naturally closes after the birth in 75% of the persons, but, it remains open until the adult life in about 25% of the times, keeping a communication between right and left atria. The risk of permanence of the patent foramen ovale is the occurrence of an embolism from the venous system to the arterial system, with neurological (TIA, cryptogenic stroke) or peripheral complications.

In most cases, there are no major consequences, even when the PFO remains opened. Embolisms to the brain might occur in some patients, causing transient neurological alterations (transient ischemic accident – TIA) or stroke, with major and, sometimes, irreversible alterations.

The closure is indicated in patients who presented previous neurological events consistent to brain embolism (TIA or stroke), where other causes for embolism were excluded, such as atrial fibrillation, thrombi in left atrium, carotid disease, complex plaques in the aorta, or thrombophilia (trend to excessive coagulation). In such cases, and with the demonstration of a high-risk PFO (with spontaneous passage of bubbles from the right atrium to the left atrium) or, sometimes, an aneurysm of the interatrial septum in the transesophageal echocardiogram, this PFO must be closed in order to prevent future embolisms and neurological injuries. The term septal aneurysm is sometimes anecdotal, but refers to a thin and very mobile septum, but there is no risk of rupture, as in the arterial aneurysms; however, there is a higher risk of embolism by the PFO. Therefore, the aneurysm here is different from the aneurysm in other body areas.

Once the diagnosis and its cause-effect relationship are established, the investigation is performed, and other sources of brain embolism are discarded, the option for percutaneous closure of the septal defect must be strongly considered and discussed with the physician. In some exceptional cases, anticoagulant drugs for life can be chosen. These medicines will not be necessary at long term anymore with the closure procedure.

The procedure consists in placing an umbrella-like prosthesis on the atrial septal defect, so definitely closing the patent foramen ovale (PFO). This prosthesis usually has two discs. The closure of the patent foramen ovale is performed by a puncture at the groin, by approaching the right femoral vein. The prosthesis is guided by a catheter through the femoral vein the, lower vena cava, the right atrium, and is crossed to the left atrium, until the entrance of the left pulmonary vein, under the view of transesophageal echocardiogram and fluoroscopy, until being positioned in the septal defect. Such device is released and positioned with a strict control by imaging. Once released (opened), a disc stays in the left atrium and another stays in the right atrium, so closing the defect. Once the device is released and positioned, which is examine by a transesophageal echocardiogram, it is verified if there is no blood passage from an atrium to the other by a color Doppler and a test with bubble injection.

After the procedure, the place where the puncture was performed will be compressed for a few minutes or a vascular closing device will be used. The procedure is fully performed without incisions and, therefore, the recovery is very fast, usually requiring only a few hours in the ICU or in a recovery room, in order to monitor the electrocardiogram and the pressure, with hospital discharge being given in 1 to 2 days. Postprocedure, it is recommended to not raise or carry a lot of weight for about 30 days, until the device is well-incorporated to the heart, in order to not present a dislocation risk. There is no more risk of occurring a device dislocation after such initial period.

In a few days, there are conditions to resume the habitual work activities. Referring to the practice of physical exercises, such as muscle building, the patient must decide about the resuming time with the physician, but all activities can be usually performed, without restrictions, after one month. 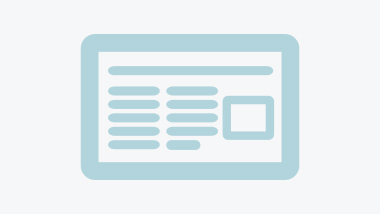